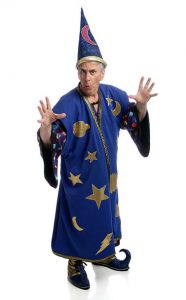 Important, because you want to know your entertainment will show up and you do not have to deal with lots of disappointed and bored children.

Lee Curtis is a graduate of Comedy College for Professional Family Entertainers, and has been entertaining children for more than 40 years with his magic and comedy. Lee Curtis was also voted twice by the readers of “Bay Area Parent” magazine, “Best Party Entertainer” in the San Francisco Bay Area.

Lee Curtis has a lifetime in magic, and he is the only magician to have been awarded the “Mr. Magic” Award three times!